“How am I going to hold all of this together?”

“There is nothing more inevitable in life than death. It’s going to happen to each and every one of us.”
Jill said “What turned mine and my three wonderful children’s lives upside-down was the sudden and tragic loss of my husband and their daddy, Craig.” 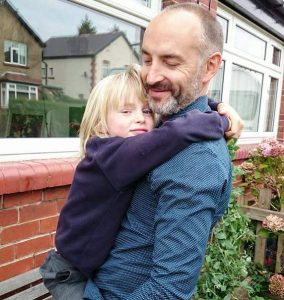 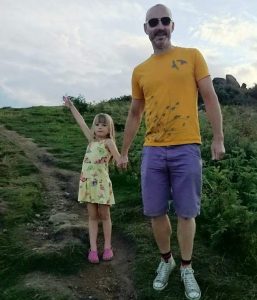 “On 15 February 2015 Craig went out on his bike as he did every weekend. The difference this time was that I never saw him alive again. He was killed in a head-on collision at Bolton Abbey. My rock gone forever and the kids and I left feeling like we’d been the ones hit head-on. Shock. Disbelief. Fear. Downright, pit of the stomach, nauseating dread. We didn’t plan for this! Who does!? These things happen to other people! Not anymore…it had happened to us, and I was in a living nightmare in the midst of Craig’s death.

I remember those first few nights laying awake with my children around me and listening to the sound of them breathing. At nine, seven and five years of age, they were mere babies. I felt sheer panic. “How am I going to hold all of this together?”

Craig’s death couldn’t have come at a worse time. After 14 years of working for a large company with all the benefits which came with it, Craig had just taken voluntary redundancy and had embarked on his ‘life beyond the big corporation’. He’d taken a local job at a lower pay and was going to extend his own business in cycle coaching in the evenings and weekends. His new proximity to home was going to be life-changing! What I hadn’t realised until I came to trying to sort all of our finances out, was that we didn’t have any mortgage protection and Craig didn’t have any life insurance. The very sheepish mortgage advisor who we’d used, stuttered as he confessed “Craig didn’t take protection as he was relying on his death in service cover.” (With the aforementioned large corporation.) Obviously, having officially ceased being employed by them just 14 days before being killed, that was no longer valid and let’s face it, Craig hadn’t planned on being killed. He never would have knowingly left the children and I in a vulnerable situation, but life had been busy and financial protection had been overlooked.

In view of everything, how could we have prepared better and what advice would I extend to other people? In short, “get protected”. Consider who is reliant on you and make sure there are policies in place to ensure their lives will not be materially and financially compromised in the event of your passing. Who will inherit any assets if you die? Make a will to make it crystal clear who is entitled to what. Unfortunately, this was another oversight of mine and Craig’s, neither of us having made a will. Luckily, due to our marital status, it wasn’t too difficult for me to take control of any financial matters once I had sent copies of his death certificate and our marriage certificate to the relevant companies. If you are in a common-law partnership, I would imagine that the existence of a valid will would be invaluable.

Without disclosing my own personal financial details, I am relieved to say that the children and I haven’t lost our home. (We could very easily have done.) We’re ‘okay’. We should have been in a far better situation, but by the same token, it could have been much worse. I have my own life insured now, so that in the event of my death, my children (or their appointed guardians), have the money to maintain their lifestyles, albeit it far from lavish ones!

On an entirely different note, one of my biggest regrets has always been that I can’t remember the last time I told Craig that I loved him. This alone makes me so sad. I hope he died knowing how much he meant to me, but if I had my time again, I would tell him every day.” 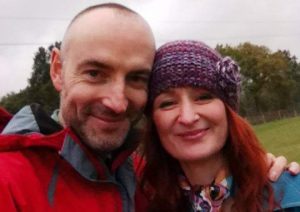