Many people avoid talking about death, dying and funerals; I don't. I've planned my funeral already

I know many people who avoid talking about death, dying and funerals; I’ve never been one of those people.  There’s only one thing sure in life, and that is that is that we’re all going to die.  I first started talking about my funeral wishes in my early twenties – almost twenty years ago now.  Whilst I was very open about what I wanted, no-one else was as forthright.  I definitely knew what I didn’t want; I went to my gran’s funeral and was left feeling upset for what I felt was such a lacklustre affair.  I don’t know if the funeral she had was her wishes, or whether it was simply down to lack of finances; the local council paid for my gran’s funeral.  It was a very simple affair: a car, a coffin and a burial.  There was no church service.  No eulogies.  No celebration of her life.  I felt my gran deserved better and I knew I didn’t want that for me or my husband. 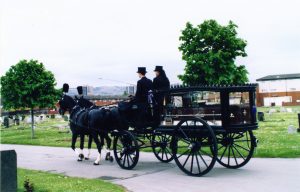 My younger brother Andrew died suddenly in 2006, aged just 29.  He’d just been diagnosed with Hypertrophic Cardiomyopathy, a hereditary heart condition that also cut short the lives of my grandfather and aunt.  Andrew, being 29, had no funeral plan.  In fact, despite being my closest sibling, and me being his next-of-kin, I had no idea what he wanted for his funeral.  I’d often talked to him about what I wanted, but we’d never discussed what he wanted.  I sat down with Andrew’s partner and we hammered out what we thought he would like.  Andrew’s funeral costs came in just under £2,900.  I didn’t have that sort of money and I was unable to get a loan, but thankfully I was able to pay for the funeral in installments over a year. 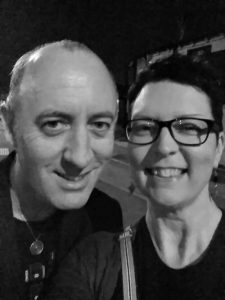 Despite talking about it for many years, it wasn’t until 2013 that I finally sorted out funeral arrangements for both me and my husband.  In 2007 I had an implantable cardioverter-defibrillator (ICD) fitted to protect me from sudden cardiac arrest.  However, it wasn’t until I had the ICD replaced in 2013 that I figured it was time to sort out my funeral arrangements.  I’d done a quick Google search in the past and found out that the funeral care provider that had carried out my brother’s funeral also offered prepaid funeral plans.  I’ve since discovered that other funeral care providers also offer prepaid plans.

The first decision was whether to be buried or cremated.  Traditionally, in both my family and my husband’s family, burial was the preferred option.  In fact, my father had overturned my aunt’s wish to be cremated, and instead had her buried.  I really didn’t want that to happen to me; I wanted to choose my own arrangements and pay for them ahead of time.  That being said, there’s still no guarantee that your wishes will be followed, but there’s a much greater likelihood of your funeral being to your plans if you sort it out way in advance, and leave instruction as to what you want.  We opted for cremation as neither of us was too bothered about having a place for others to visit after our deaths.  It’s also significantly cheaper as you don’t have to factor in the cost of the burial plot.  We didn’t really know what we wanted and having had a good look at the pre-paid plans, we decided we would go with the one that offered the most benefits – the ‘Gold’ plan.  I then made an appointment for us to meet with a funeral director at the local branch of the funeral care provider, and we went through all of the plans before signing up.  We didn’t have the funds to pay for the funerals up front, and instead opted to pay for them over three years.  Funerals are expensive, and with interest we ended up paying £8,912 over 36 monthly instalments; that’s £4456 per funeral plan!  We finished paying for them last summer, and it feels really great knowing that when either one of us dies, the other doesn’t need to worry about funeral costs at what will be an extremely traumatic time.

We still have the nitty gritty bits to sort out – such as the type of service and its location.  I’ve tried talking about it with my husband but he just says he’s not bothered as he won’t be here.  He says he’s happy with whatever I’m happy with.  It is something we need to iron out, and sooner rather than later.  We’ve talked about having funeral plans with our friends and family.  One family member thanked us for not leaving the costs down to her and other family members.  It is really important to let your loved ones know your wishes.  If you can afford to pay for your funeral ahead of time, then I feel you really should.  It’s much easier to pay for it whilst you’re young and in work, than in retirement when money is so much tighter.

Writing this piece has left me wondering again about what my wider family would want for their funerals.  People just don’t like talking about it.  Dying Matters Week is a fabulous opportunity to open up those conversations again and iron out with my husband what the two of us really want from our funeral service, as well as asking our loved ones what they want.

This year Leeds Dying Matters event takes place on Tuesday 15 May at Kirkgate Market – an opportunity to talk about death like you’ve never talked about it before.